Karen O’Meara, Sales Coordinator from Avflex Australia, Silverwater, NSW sent me a sample of Printight KM95GR plate, which is the replacement plate for their previous supply of Kodak Miraclon DS94C photopolymer plate.

I have tested the replacement plate, doing the same film image on both plates, with similar plate exposure, processing and inking and printing at Agave Print Studio.

Image: A two-plate image created from drawings collaged together in Adobe Photoshop. The files were printed on an Epson 3800 onto Agfa CopyJet film. The files had K readings from 100-0%.

A florescent lamp UV unit with a vacuum and diffusion film was used for the exposures on the test strips and later on the A5 plates.

After testing and printing, exposures were ascertained for both types of plates.

A Printight KM95GR was exposed for 25 seconds in the same UV exposure unit. A 21-step Stouffer Wedge yielded a reading of 7 with a 25 second exposure. This indicates the intensity of the UV unit I used.

After exposure, the A5 plates were washed out in a tray of tap water 21-23°C for approximately 2 minutes. They were dried for 10 mintues, then post-exposed for 20 minutes. 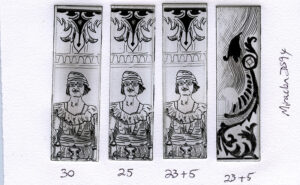 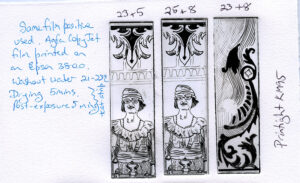 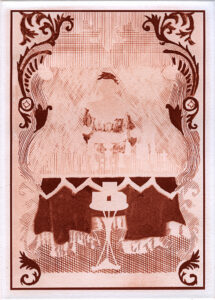 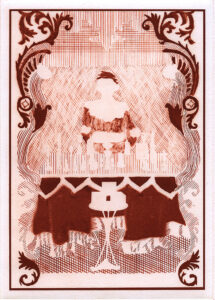 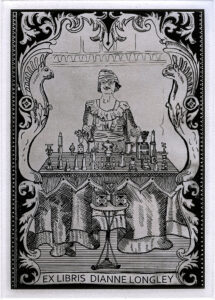 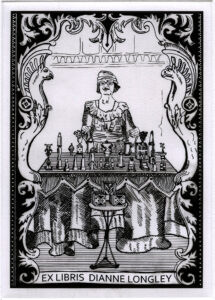 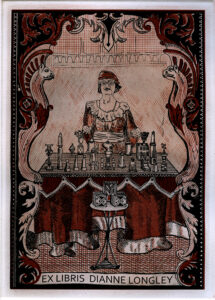 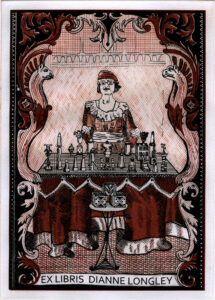 It is an advantage that if moving from Miraclon DS94C to Printight KM95GR plate for intaglio images, there is not a lot of difference in the plate processing. Both plates can be cut successfully by hand using a safely ruler and Olfa knife. They are exposed for a similar time, and the plate processing is exactly the same. I used the same drying times and post-exposure times. An advantage of the Printight KM95GR plate is that it changes colour from a golden-green colour to a silver-blue when post-exposed (hardened) adequately.

I have used the Miraclon DS94C plate for many years, but I have no hesitation in using the Printight KM95GR plate for similar hand-drawn or inkjet film positives.

If you would like further information on this test process and the results I gained you can email me on dianne@diannelongley.com.au